Good news for those of us in the Executive Coaching world!

The folks over at Stanford Graduate School of Business in the Center for Leadership Development and Research joined with Stanford University’s Rock Center for Corporate Governance surveyed over 200 CEOs, board directors, and senior executives in North America.  The research set out to determine what kind of leadership advice CEOs and their top executives are seeking.

What’s shocking is that nearly 66% of CEOs do not yet receive coaching from external coaches, which means there is a huge opportunity for those coaches who know how to Seal the Deal!

Below is an excerpt from the Stanford news release about the study, and you can read the full article at their site here:

You can download a PDF of the Stanford 2013-ExecutiveCoachingSurvey results here. 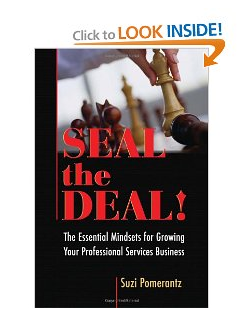 If you are an executive coach who is not yet taking advantage of this huge opportunity to coach CEOs and senior executives, it’s not too late to learn how to Seal the Deal (best selling book by Suzi Pomerantz) so you can have the impact that you know you can have as a coach!

It is important to remember that effectiveness as an executive is inextricably linked to your ability to lead and motivate. We all want to be proud of who we are in our own eyes as well as in the eyes of others.