It’s Lonely At The Top – Especially for Female Leaders

Excerpted from my regular column as published in, and reproduced with permission from, choice, the magazine  of professional coaching. The column is called “Sticky Situations” and in each issue three master coaches respond to a scenario presented by another colleague seeking guidance. 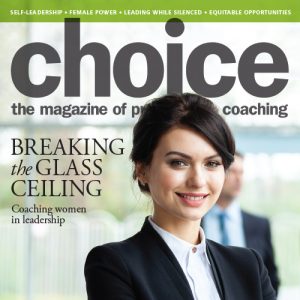 THE STICKY SITUATION
In a workshop on gender diversity in the workplace, my client (the only female on the executive team) shared that sometimes women’s voices are not heard in decision-making. She said other women often report to her that stating their idea gets no response, then moments later, when a man says the same thing everyone thinks it’s a great idea. The CEO responded, ‘That would never happen in our company.’ What coaching would best support her? How do I support my female client?

Ironic, isn’t it? That in a Gender Diversity workshop, when the only woman on the senior leadership team expresses that women are not heard, she is actually not heard. Unfortunately, this is not uncommon. According to the most recent data from Catalyst (1/1/2020), women comprise only 5.6% of the CEOs of the Fortune 500 and only 26.5% of executive leaders. Since men and women communicate differently, and most organizational leadership has historically been male, women’s communication styles are not often recognized.

As the only female on the executive team, she’s in a unique position to influence her c-suite colleagues and increase their awareness about the experience of women in their workplace culture. To do so, she has to be heard. She has to be respected. She has to be able to connect her message to something that matters to the CEO, whether that’s increased profitability or reduced attrition, or retention of talent, or whatever he considers strategically important. How is your client perceived by the senior leadership? How is she perceived by the rest of the company? Who would she like to be as a leader? Is there anything in the way of her being heard, respected, and able to influence the CEO and others on behalf of the unheard women in her company? Does she even want to do that?

Once your client is clear about who she wants to be as a leader, you can support her in aligning her brand, her communication strategies, and her style with the impact she wants to make.

Published in, and reproduced with permission from, choice, the magazine  of professional coaching