Where are all the women leaders?

Home Executive Excellence Where are all the women leaders?
March 14, 2012

Twenty years ago when I was a young consultant, when discussions would turn towards glass ceilings and the lack of women in leadership positions, the conventional response at the time pointed to factors of pipelines and funnels.  For instance, if we had recently reached the tipping point of more than 50% of college graduates being women, it would take about 20 years for them to work their way up the corporate ladder and certainly, in 20 years, we’ll see equal numbers of women in leadership positions as men.  Fast forward to now. 2012. Seriously…women comprise LESS than 20% of the Fortune 500 CEO spots. That’s insane. Check out this statistical overview of women in the workplace chart from Catalyst, a research firm that studies women in business.

Women at the Top 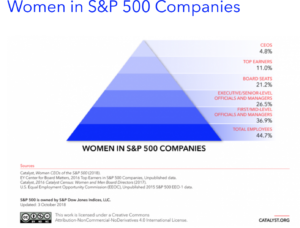 In an article on the Harvard Business Review Blog called Corporate Leadership Is Still All About the Boys,  Aviva Wittenberg-Cox points out that “Most male managers I work with have no idea how male normed today’s corporate cultures, management mindsets, and policy processes still are. Many haven’t given it a moment’s thought. As anyone who has worked internationally and cross-culturally knows, you have no idea how much you are a product of the country you come from until you leave it. And most senior male executives have never (yet) left their male-dominated environments and companies.”

Catalyst goes on to share these facts about women in the US Labor force, so you can see that the percentage of women represented in leadership is not aligned with the percentages of women in the workforce.  So what does this mean?  Exactly how far have we come in the last 20 years?

And don’t get me started on the issues of pay equity! 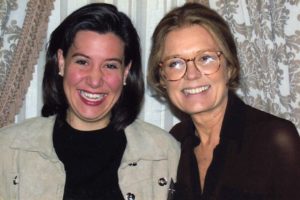 I can’t help but recall a conversation I had about ten years ago with the Queen of Feminism herself, Gloria Steinem.  I was asking her to comment on how far women have come since she started advocating for women, and she said something to me that I will never forget. In my naivete, I suggested that things in the workplace (at least in my limited experience at that time) seemed pretty egalitarian.  “We do not have equality, ”  she said.  “When an incompetent, asshole of a woman gets promoted to the top spot in any company, THEN we can say we’re equal.  Today the women in leadership still have to work twice as hard and be twice as excellent to get half the recognition of their male counterparts.”

There you have it. Comments?

Great article! I love the Gloria Steinem quote at the end; so true. I was recently speaking to a woman who runs an organization committed to helping women move up the corporate ladder. I told her I was tired of working twice as hard, so I started my own business. Funny enough, she was almost discouraged by this news. Hmmm….

Of course she was, Monica! So many women who leave corporations to start their own businesses do so out of being fed up with having to work twice as hard to get half as far. I’ve not seen much change in the last 20 years…what will it take to shift the existing systems such that women won’t have to leave to succeed?