Turn Off Your Blackberry!

Kudos to my colleague from New York, Bernie Siegel for his fabulous guide on how to unplug in order to really get connected to what matters in life and work.
How Do I Turn it Off? 10 Tips for Breaking the Blackberry Habit
By Bernie Siegel, ACC, Executive Coach
I was amazed when a new client of mine arrived and I requested that he turn off his Blackberry. Not being an owner of one, I didn’t realize how difficult a task I had just given him.
“But I don’t know how!” my client explained. “I just bought it and I’m not sure how to turn it off. Can I keep it in my pocket on vibrate?” No, I said, because then you’ll be fumbling your hand in your pocket waiting for it to vibrate. You will be distracted, I suggested, just waiting for that “all important” call or e-mail. You know the ones-your friends want to know where to meet you for drinks later; your mother wants to know if you got over your cold yet; your partner reminds you (again) not to forget the extra duck sauce with the Chinese food.
Having spent more than 25 successful years on Wall Street, I left just as all these new devices started to make their way into the mainstream. Hey, I still remember the first cell phone. It was the size of a dumbbell and only the company president had one. I don’t remember her ever getting a call though. No one else in the company even knew her cell number! But all 4 feet 11 inches of her carried that thing around everywhere she went-a big status symbol at the time.
As an executive coach, many of my clients come to see me complaining about the lack of balance in their lives. They don’t seem to be as productive as they want to be. When they arrive it’s like a ceremony. They sit down, and they place their Blackberry facing them to watch it whir. I had one young client lay out three devices in front of him, two phones (one for international calls), one Blackberry. They are always perplexed when I insist that they turn them off while we meet.
I listen to my clients explain why they are different and why they must be on top of any and all e-mails and phone calls that may come their way. One client, Bill, who is responsible for disaster recovery, explained that at any moment, there could be a devastating earthquake in Mexico or California and he needed to be on top of it every minute of the day! Of course, it didn’t help when there actually was an earthquake in Mexico a few weeks later.
I told an associate that I thought it was rude when he pulled out his iPhone during dinner to make plans for what he was going to do afterward. He was indignant. “What if I stepped away to use the restroom? What’s the difference?” he protested. The difference is that what you do in the men’s room is not done in front of me.
Walking down the street one day in Manhattan, I observed the relationships people had with their devices. In the past, you would have thought that people talking into thin air, waving their arms frantically, were, well, a bit crazy, if you know what I mean. But today, people are talking into invisible earpieces. In heavy traffic on Park Avenue, one young man was just walking in traffic, cars honking while he was texting, oblivious to the world around him. iPod users shake their heads back and forth, bobbing up and down as they cross on red lights. Hey, maybe we should create special iPod and Blackberry lanes. We have them for bikes.
Why do I have an issue with this phenomenon? It’s because, as a business and life coach, I see what it is and isn’t doing for my clients. It isn’t getting them any more business. Does anyone remember the days when you cringed at the thought of canceling an appointment because you actually had to call and cancel it? How many people ever keep their first appointment anymore? I would say close to no one. It’s easy-just send an e-mail and cancel, explaining that you have too many e-mails to find the time!
This obsession isn’t saving our clients time, it’s not helping them to get more business, and it’s not helping them with work-life balance. It’s not making them any happier either. In fact, just the opposite is happening. It’s keeping them from focusing on their goals and priorities. It’s a major distraction, not only with their career, but also with their life outside of their career.
If you want to help your clients get on the road to more balance, satisfaction, productivity and success in life, here are a few ideas to share with them on how to break this habit/addiction.
10 Tips for Breaking the Blackberry Habit:

Jim Collins, author of Good to Great, was asked recently if technology is making it harder today. He responded, “Technology helps, not hurts, as long as you have the discipline to turn these things off. You don’t report to your Blackberry.”
©2008, Bernie Siegel. Bernie is an Executive Coach and Business Advisor in New York City. He is President of the New York City chapter of The International Coach Federation. www.berniesuccesscoach.com. 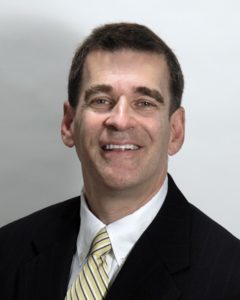 Thank you for a very sane article about Blackberry’s. I love the leaving-in-the-office rule for meeting time. I use this article with my department to help think about being on task, and David Shipley and Will Schwalbe have a great appendix on appropriate Blackberry use in their Book SEND